Lumijor are prioritising protecting the environment in the Dominican Republic with d2w packaging.

Manufacturer of bread and flour derivatives will biodegrade plastic packaging 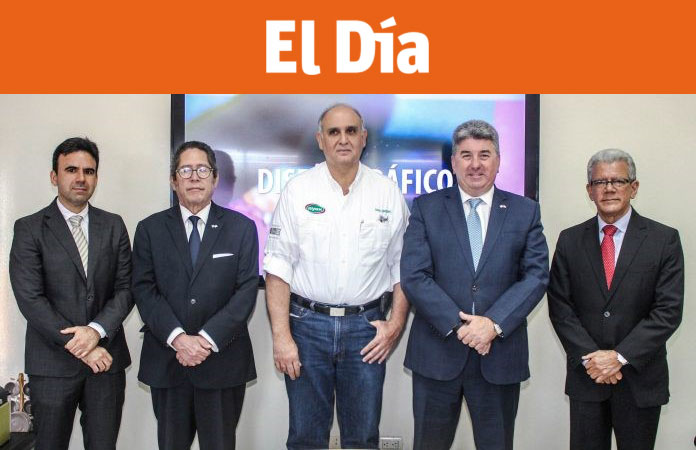 Luis Carlos Álvarez, Fernando González Nicolás, Chris Campbell and Ludwig Schott. Santo
Domingo.- The Lumijor industry, manufacturer of bread and flour derivatives, reported that
the packaging of its products will use British d2w technology, which causes plastic to
biodegrade in biomass and water in an open environment much faster than it would do
in normal conditions avoiding persistent contamination.

This initiative, the first of its kind that a company in the flour sector assumes, was released
on Tuesday, during a meeting-tour of the facilities of the industrial plant of the manufacturer
of plastic containers Ayax, located on the extension 27 Avenue, Santo Domingo Oeste
municipality.

The president of Lumijor, Luis Álvarez, explained that his company wants to be at the forefront
of environmental protection in the Dominican Republic, which is why he decided to biodegrade
his plastic containers with the most advanced technology in the world.

For his part, the general manager of Multigestiones Ayax, Manuel Lorenzo Viyella, indicated
that, as a producer of plastic containers, his company has been doing everything possible for
more than 10 years so that these materials do not affect the environment, and that this
company that directs employs this technology, achieving certification for the second
time to create biodegraded plastics, this time with the d2w additives of the company
Symphony Environmental.

While the representative of Symphony, Fernando González Nicolás, pointed out that biodegradation
technology is used reliably in more than 100 countries for its effectiveness for those plastic
containers that do not reach the collection systems and that necessarily have to be
degraded by yes alone or else they will remain for centuries in lots, rivers and seas.

He concluded by saying that biodegraded containers can be recycled and collected before they
are biodegraded.

Finally, Chris Campbell, British ambassador to the country, expressed satisfaction that a
Dominican company uses technology from that nation to reduce plastic pollution in the
Dominican Republic.