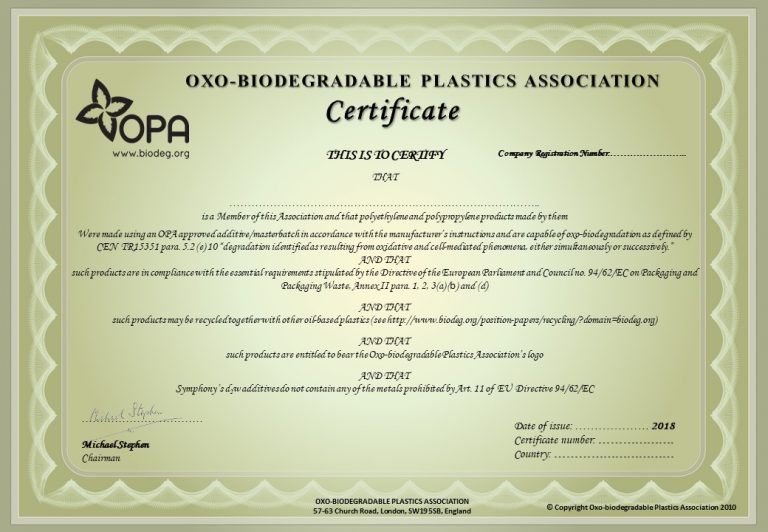 The Oxo-biodegradable Plastics Association (OPA) will certify as oxo-biodegradable, and will permit it’s logo to be used, in respect of products which are made using an OPA approved additive/masterbatch and shown by reports of at testing institutions approved by the OPA to comply with the following specification. OPA Specification